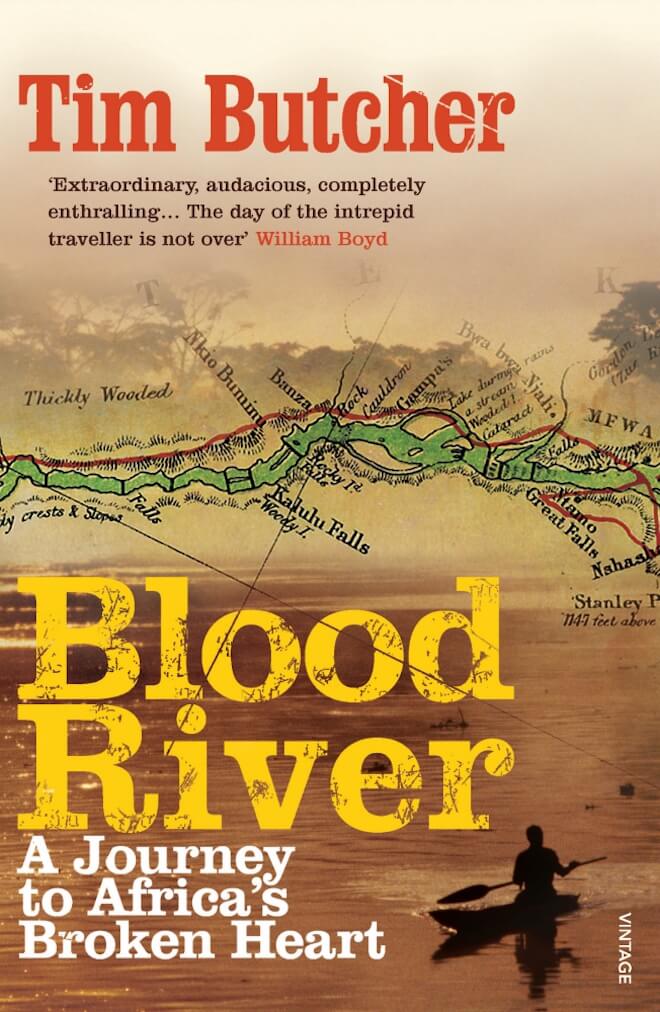 Blood River: The Terrifying Journey Through The World’s Most Dangerous Country

Published to rave reviews in the United Kingdom and named a Richard & Judy Book Club selection—the only work of nonfiction on the 2008 list—Blood River is the harrowing and audacious story of Tim Butcher’s journey in the Congo and his retracing of legendary explorer H. M. Stanley’s famous 1874 expedition in which he mapped the Congo River. When Daily Telegraph correspondent Tim Butcher was sent to Africa in 2000 he quickly became obsessed with the legendary Congo River and the idea of recreating Stanley’s journey along the three-thousand-mile waterway. Despite warnings that his plan was suicidal, Butcher set out for the Congo’s eastern border with just a backpack and a few thousand dollars hidden in his boots. Making his way in an assortment of vehicles, including a motorbike and a dugout canoe, helped along by a cast of characters from UN aid workers to a pygmy rights advocate, he followed in the footsteps of the great Victorian adventurer. An utterly absorbing narrative that chronicles Butcher’s forty-four-day journey along the Congo River, Blood River is an unforgettable story of exploration and survival.

Be the first to review “Blood River: The Terrifying Journey Through The World’s Most Dangerous Country” Cancel reply