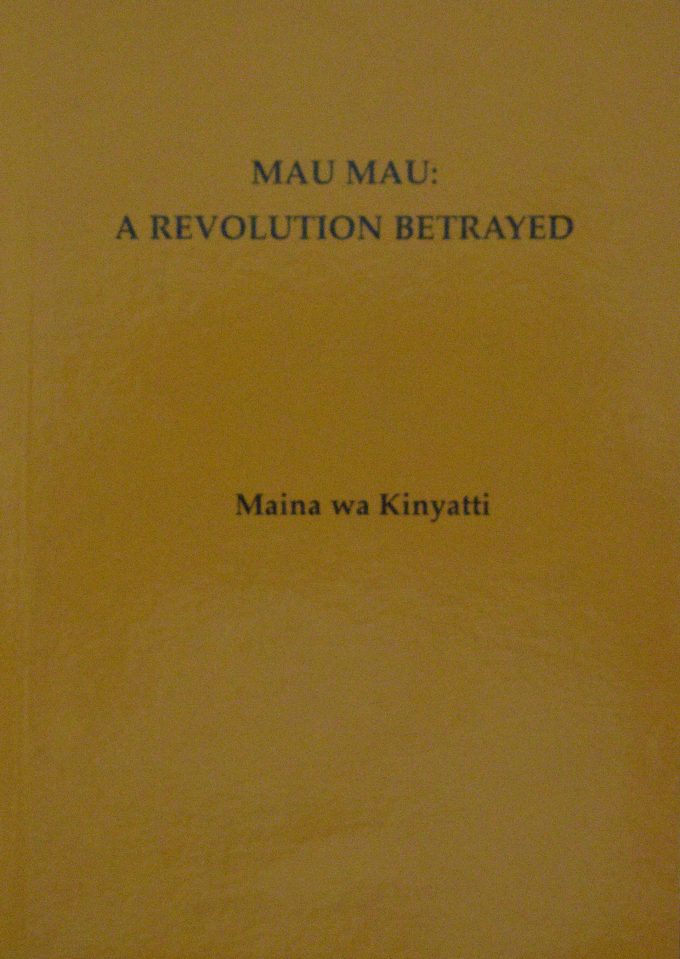 THE NAME MAU MAU On may 12, 1950 thirty-nine Kenyan farm workers were arrested in Naivasha. They were accused of belonging to a secret organization whose political aim was to drive the British occupiers out of Kenya by violent means. They were brutally tortured by the colonial police, but they stubbornly refused to reveal the aims and the name of the clandestine movement. Nineteen of them, 15 men and 4 women, were brought to court and charged with membership in an unlawful society. They were jailed for seven years each. It was a kangaroo trial trial. The judge and prosecutor were colonialists; the interpreter was an indigenous traitor. During the trial one of the accused, Magrougi ole Kodogoya, under cross-examinations on the dock, absolutely refused to to cooperate with the colonial prosecutor. repeatedly, he was asked by the prosecutor to explain to the judge how he was recruited into the underground movement, as well as the aims and the name of the secret movement and the methods used to make him a member, but he refused to answer the questions put to him directly. Instead, he told the kangaroo judge that because of his commitment and dedication to the movement and the love for his country he would never reveal “maundu mau mau” (those, those things) the leadership of the movement told him not to reveal to the government. He would die first before he betrayed the movement. The colonial press, confused by the statement, but seeking the way to characterize the clandestine movement, seized upon the words “mau Mau (those, those) as the name of the movement. Further, the press explained that the aim of the movement was to overthrow the British rule in the country by armed struggle and establish an African government. To be a member of the movement, the imperialist press added, one must take a Mau Mau oath. This is how the name “Mau Mau” entered the political dictionary of Kenya’s anti-imperialist resistance. Significantly, the name “Mau Mau” has been immortalized by the Kenyan people because it symbolizes their collective heroism against foreign domination and their undying love for freedom, liberty and justice. In other words, it has become synonymous with Kenyan national patriotism, anti-imperialism, military acumen, and most importantly, popular democratic revolution.

Be the first to review “Mau Mau: A Revolution Betrayed” Cancel reply