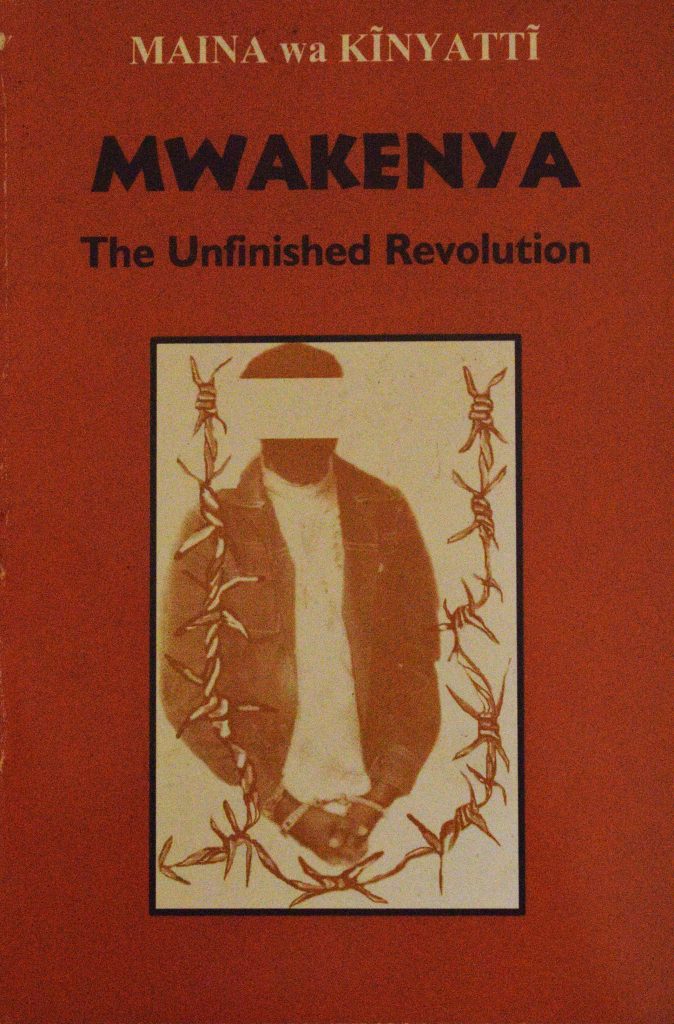 Mwakenya: The Unfinished Revolution is a 440 page book divided into six parts after the Preface and Introduction. Part One deals with the birth of the Kenyan anti-imperialist underground move- ment in the mid-1970s around the time of the brutal and grisly murder of the populist parliamentarian JM Kariuki by assassins widely believed to be working at the behest of President Jomo Kenyatta. Drawing its inspiration and legacy from the Mau Mau anti-imperialist struggle of the 1950s, the December Twelve Movement (DTM) derived its name from the date Kenya achieved its flag independence in actually the date when the freedom aspirations of Kenyans were betrayed and neocolonialism ushered in. Maina informs his readers that DTM in turn was the child of the clandestine Workers’ Party of Kenya. the fledgling underground movement took an anti-imperialist, pro-socialist stance–ideology anchored in Marxism-Leninism Maoist thought. The rest of the sections are taken up by detailed narrative as well as a very frank analysis and critique of the later history of the movement when, according to Maina, it was taken over by what he refers to as “opportunist, sectarians and ultra-leftists” who later transformed it into Mwakenya with at first disastrous consequences. The author chronicles the inner party debate, struggle and rectification, which later led to the expulsion of the “liquid- ationist Dar clique”. It’s worth reading and re-reading the Part One of the book because it appeared a distinct departure and a fresh gust of air from Maina’s previous public views on Mwakenya–especially his last major work, “History of Resistance In Kenya, 1890-2002, where to many Kenyan leftists and observers outside the movement, Maina appeared to endorse some of Mwakenya’s gregarious errors through silence. In conclusion, Maina is one of Kenya’s foremost historians, one of Kenya’s prominent organic intellectuals, one of Kenya’s Marxist scholars. He was abducted from Kenyatta University in 1982, interrogated, humiliated and tortured by Kenya’s state agents before being hauled to a Kangaroo court on trumped up charges and later flung to dungeons of Kamiti and Naivasha penitentiaries. He was released in 1988.

Be the first to review “Mwakenya – The Unfinished Revolution” Cancel reply