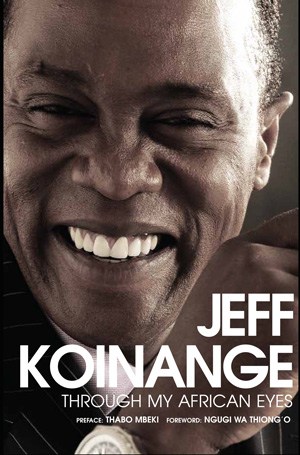 Through My African Eyes

Through My African Eyes, written by former CNN correspondent and award-winning journalist Jeff Koinange, with foreward by the preeminent Kenyan author Ngugi Wa Thiongo and preface by President Thabo Mbeki, former president of South Africa, is a concise narrative covering the major players in 20th century African politics. The book is rich with insights into the personal and intellectual underpinnings of many historical events on the continent. Chronicles of warlords, soldiers, victims and politicians lend insight into Koinange’s celebrated journalistic style. The journalist and host of Kenya Television Network’s leading talk show “Jeff Koinange Live” describes complex geopolitical issues with incisive analysis. He provides readers with a step-by-step explanation on the way that biased media coverage splinters African nations and promotes disintegration by pandering to people’s lowest instincts. Wrapped in the political narrative are lesser-known details about Koinange’s life. With frankness, he discusses his family, which serves as a symbolic bridge between the beginning and the end of colonialism. Jeff Koinange is the first African to win an Emmy and a George Foster Peabody award. He also received the Vernon Jarrett award as well as the prestigious Prix Bayeux for reportage that arrested global crises.

Be the first to review “Through My African Eyes” Cancel reply