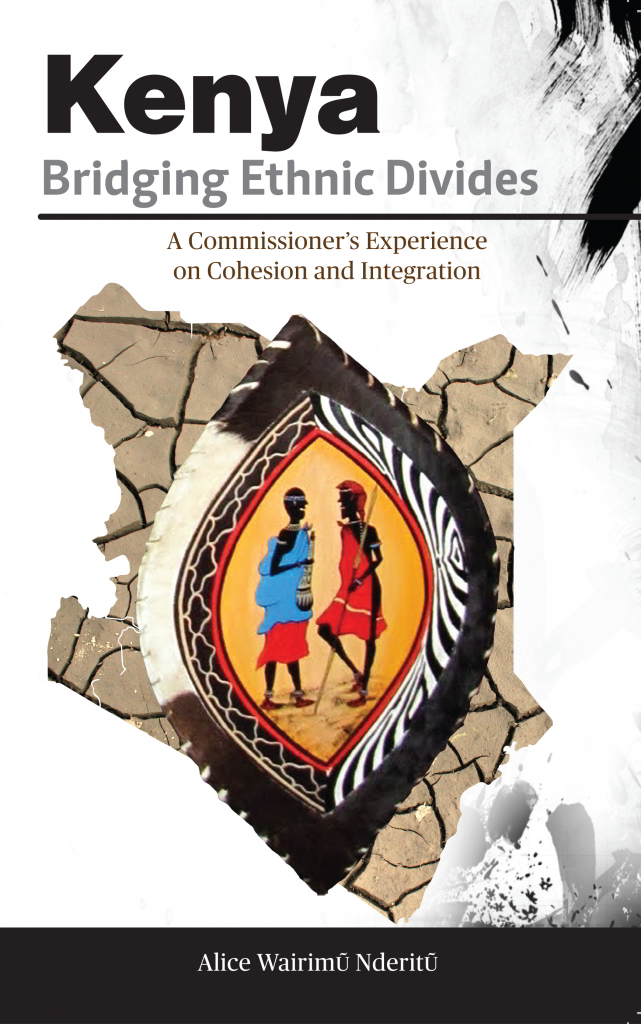 The National Cohesion and Integration Commission (NCIC) was set up to facilitate and promote equality of opportunity, good relations, harmony and peaceful coexistence between persons of the different ethnic and racial communities of Kenya, and to advise the Government on all aspects thereof after the violence that followed the December 2007 elections. In Kenya, Bridging Ethnic Divides: A Commissioner’s Experience on Cohesion and Integration, Commissioner Alice Wairimu Nderitu takes you behind the scenes of the

NCIC’s efforts to ensure peaceful co-existence. These include working with elders, mediating confidentially between political leaders at the highest levels and co-founding and working as first Co-Chair of Uwiano Platform for Peace, a conflict prevention agency largely credited

with leading efforts in ensuring peaceful processes during the 2010 Constitutional referendum and 2013 General elections.

The book tells of NCIC’s efforts in grappling with the seemingly intractable problem of managing the negative consequence of ethnic differences on questions such as: Why is Kenya so ethnically polarised? Why is an ethnic group the key defining factor in Kenyan politics?

What hope is there for an inclusive Kenya? The book shows that positive policies and intra- and inter-ethnic spaces can be used to counter

negative influences that lead to fear, exclusion, and violence. The diversity of Kenya’s ethnicities and races need not be a pretext for conflict, but a source of truly national identity. It proves that dialogue on understanding differences and commonalities leads to improved relationships and understanding of societal dynamics. This in turn, contributes to preventing and transforming conflicts through appropriate inclusion policies, identifying entry points for change as well as opportunities to tackle the norms and behaviors that underpin structural disparities.