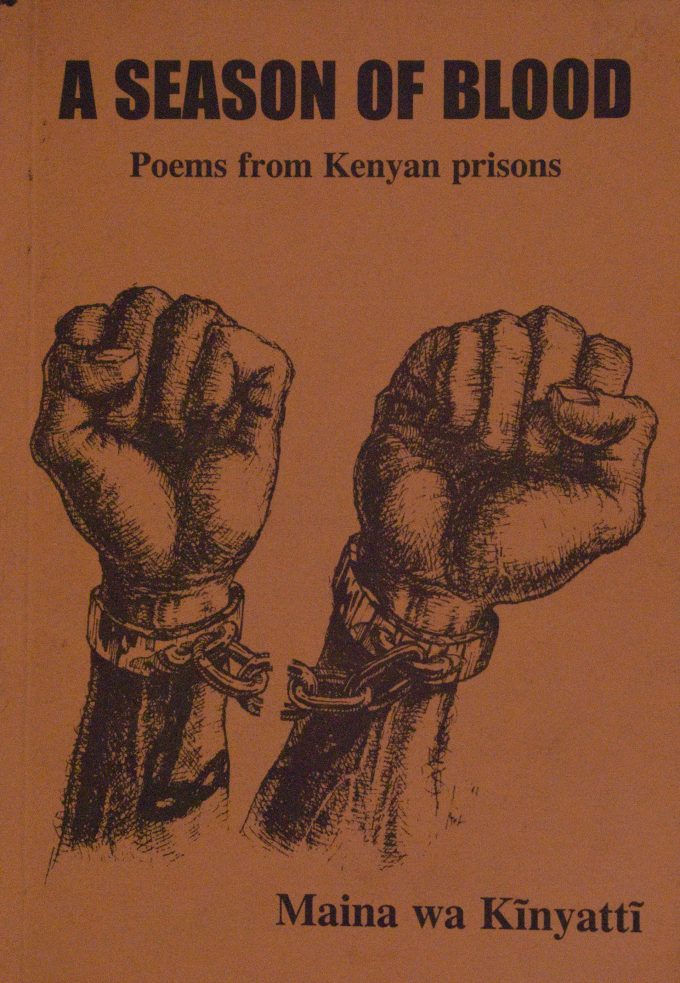 A Season Of Blood, Poems From Kenyan Prisons

The conditions that prisoners in Kenya endure are extremely barbaric. Every morning at 5 a.m., male prisoners are ordered out of the cells stark naked for internal body searches. The guards search their mouths and armpits, ears and nostrils. They pull, twist and squeeze their genitals. They order the prisoners to face the walls with their legs spread apart to examine their anuses for concealed weapons, money and other contraband. They use sharp sticks to probe the prisoner’s rectums. In a sense, the guards are more interested in prisoners’ buttocks than in the search. They make sexual remarks such as, “Look at this one, his buttocks are two mountains, it is difficult to mount him…and look at this one, his arsehole is sharped like a woman’s vagina…This one has a soft arse like his mother…” After the brutal searches, the prisoners are beaten and kicked. These monstrous acts are repeated every morning. It is a humiliating and degrading.Maina was arrested on June 2, 1982 by dictator Moi’s regime for the crime of thought. He was imprisoned for six years with hard labor. Despite the brutal isolation and censorship, physical and psychological torture, Maina made friends with a few prison guards who supplied him writing material and smuggled everything g he wrote out of prison and took it to Mumbi, his wife. The poems in this text were part of the written material smuggled out of prison. The themes of poems express the horrors of imprisonment, the brutality and viciousness of the Kenyan authoritarian regime, the intensification of the struggle for democracy. They call the masses to unite and overthrow the neocolonial regime.One of Maina’s great contribution to Kenya is his documentation of Kenya’s history in words like “Thunder From Mountains”, “Kenya’s From Struggle”, “History of Resistance in Kenya”, “Agikuyu, 1890-1965” and “Mau Mau: A Revolution Betrayed”. Perhaps the greatest tribute that the peasants and workers of Kenya paid to Maina was the singing of a Mau Mau resistance song by hundreds of people gathered outside the courtroom when Maina was sentenced.”A Season of Blood” is yet another insight into the life and mind of Maina.

Be the first to review “A Season Of Blood, Poems From Kenyan Prisons” Cancel reply