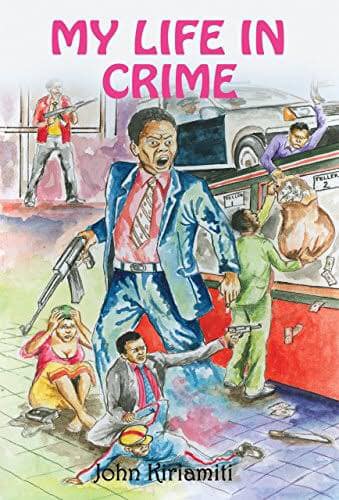 My Life In Crime by John Kiriamiti

The late 1960’s and early 70’s may be remembered as the years of the great bank and other armed robberies in Kenya. This is the true story of one of the participants in some of those robberies, John Kiriamiti. In raw and candid language, Kiriamiti tells the story of how he dropped out of secondary school when he was only fifteen years old, and for a time became a novice pickpocket, before graduating into crimes like car-breaking and ultimately into violent robbery. This spell-binding story takes the reader into the underworld of crime, and depicts graphically the criminal’s struggle for survival against the forces of law.